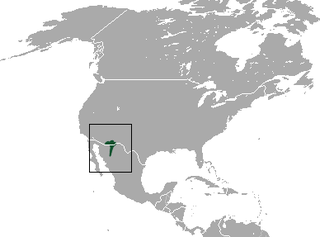 The Arizona shrew is listed as Vulnerable (VU), considered to be facing a high risk of extinction in the wild, on the IUCN Red List of Threatened Species

Facts about the Arizona shrew

2002: The limited information available for New Mexico populations suggest that the Arizona shrew is a very rare and extremely localized species.

Native Arizona Flora & Fauna Did you know that the Arizona Shrew is one of the smallest land mammals known?

Arizona Shrews are actively hunting and foraging all year long, and their estimated life span is only about one year. (Full text)

The Arizona Shrew is found only in the mountain ranges of Arizona, New Mexico, and Mexico. (Full text)