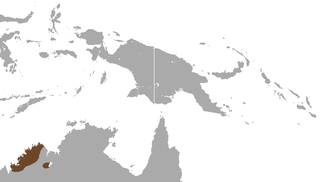 The Scaly-tailed possum is listed as Near Threatened (LR/nt), is close to qualifying for or is likely to qualify for a threatened category in the near future, on the IUCN Red List of Threatened Species

Some facts about the
Scaly-tailed possum

Facts about the scaly-tailed possum

Among the most notable of these species: the python Morelia carinata was described as recently as 1981 and is still known only from a handful of records; the splendid tree-frog (Litoria splendida) is an exceptionally large green frog with white spotting; the scaly-tailed possum is an unusual possum in a monotypic genus; and the black grass-wren is confined to hummock grasslands in especially rugged sandstone environments. (Full text)