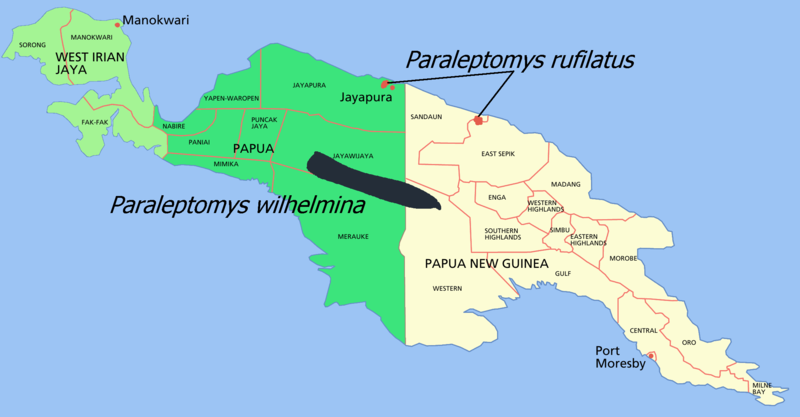 Picture has been licensed under a Creative Commons Attribution ShareAlike license
Original source: Distribution of the murine rodent genus Paraleptomys on New Guinea based on Image:New guinea named.PNG.

The Short-haired water rat is listed as Vulnerable (VU), considered to be facing a high risk of extinction in the wild, on the IUCN Red List of Threatened Species

Namings for the shorthaired water rat

Facts about the short-haired water rat