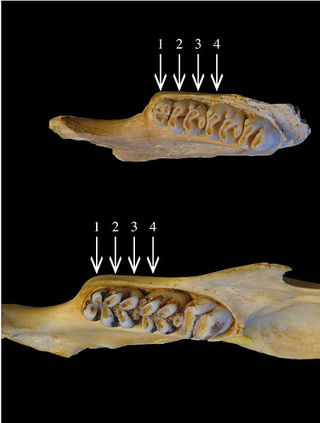 Picture has been licensed under a Creative Commons Attribution.
Original source: "Verhoeven’s giant rat of Flores (Papagomys theodorverhoeveni, Muridae) extinct after all?", in Contributions to Zoology
Author: Photographs by Eelco Kruideniers, in an article by J. S. Z?lstra, L. W. van den Hoek Ostende, and R. A. Due

The Verhoeven's giant tree rat is listed as Extinct (EX), there is no reasonable doubt that the last individual has died, on the IUCN Red List of Threatened Species

Namings for the Verhoeven

A young / baby of a Verhoeven is called a 'kitten, nestling, pinkie or pup'. The females are called 'doe' and males 'buck'. A Verhoeven group is called a 'colony, horde, pack, plague or swarm'.