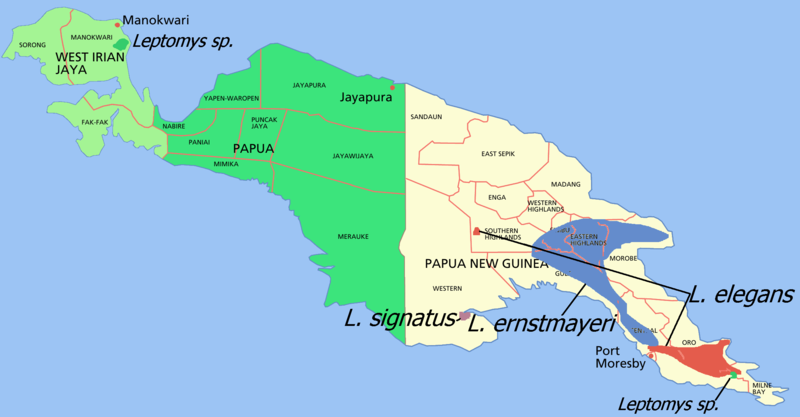 The Ernst mayr's water rat is listed as Least Concern (LR/lc), lowest risk. Does not qualify for a more at risk category. Widespread and abundant taxa are included in this category, on the IUCN Red List of Threatened Species

Namings for the Ernst Mayr

A young / baby of a Ernst Mayr is called a 'kitten, nestling, pinkie or pup'. The females are called 'doe' and males 'buck'. A Ernst Mayr group is called a 'colony, horde, pack, plague or swarm'.