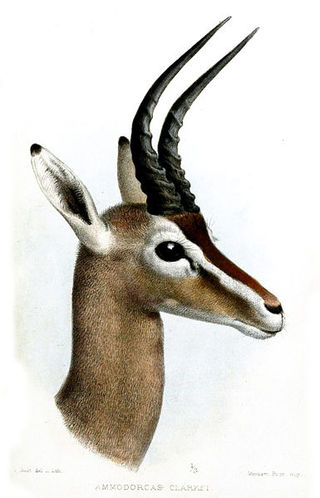 The Clarke's gazelle, dibatag is listed as Vulnerable (VU), considered to be facing a high risk of extinction in the wild, on the IUCN Red List of Threatened Species

Some facts about the
Dibatag

The dibatag is a long-legged, long-necked .

com "The most conspicuous feature of the dibatag is its long, heavily furred black tail, which is raises like a baton when fleeing". (Full text)

Known extent of occurrence The dibatag is endemic to the Horn of Africa, known only from eastern Ethiopia and northern Somalia (Wilson & Reeder, 1993; East, 1996).