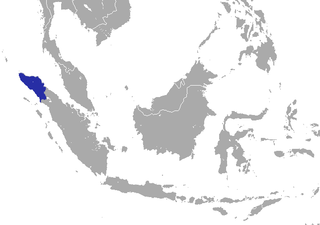 Some facts about the
North Sumatran leaf monkey

or Presbytis thomasi is listed on the IUCN Red list (1996) as Lower Risk/Near Threatened .

Found only in North Sumatra, Thomas's Leaf Monkey (Presbytis thomasi) is one of the most stunning inhabitants of the Leuser ecosystem.