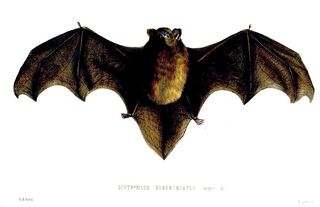 The Long-tailed wattled bat is listed as Vulnerable (VU), considered to be facing a high risk of extinction in the wild, on the IUCN Red List of Threatened Species

Namings for the longtailed wattled bat

Facts about the long-tailed wattled bat

The presence of a species of this genus in Norfolk Island and its absence from New Zealand is very remarkable, for, as I pointed out for the first time about ten years ago, one of the two known New-Zealand bats, namely Chalinolobus tuberculatus, is also common in Australia.