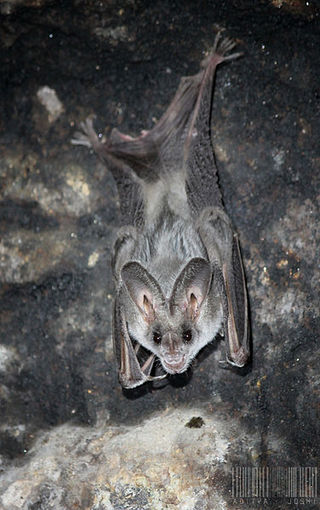 The Greater false vampire bat is listed as Least Concern (LR/lc), lowest risk. Does not qualify for a more at risk category. Widespread and abundant taxa are included in this category, on the IUCN Red List of Threatened Species

Some facts about the
Greater false vampire bat

The False Vampire Bat (Daini Badur), Megaderma lyra is possibly the largest of the insect bats in the country; head and body 9 cm, tail is absent; feeds on small vertebrates and insects, and is the most common bat after sundown.