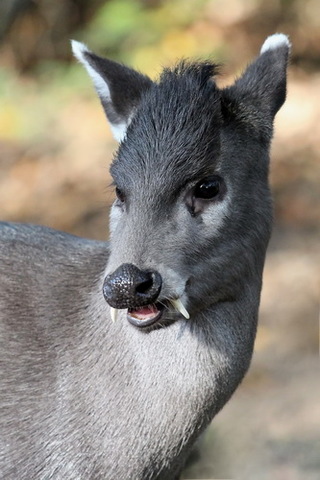 Picture has been licensed under a Creative Commons Attribution ShareAlike license
Author: ??????? ???? / http://paradoxusik.livejournal.com/

The Tufted deer is listed as Data Deficient (DD), inadequate information to make a direct, or indirect, assessment of its risk of extinction, on the IUCN Red List of Threatened Species

Namings for the tufted deer

Some facts about the
Tufted deer

Facts about the tufted deer

The tufted deer is a terrestrial herbivorous grazer and browser and a source of meat to carnivores such as the leopard and dhole.

html'); CallAdv(); CreateTd(23) Ecology and Behavior The tufted deer is a crepuscular animal, most active at dawn and dusk.

The Tufted Deer is a primitive deer, larger than a muntjac while being similar in appearance.