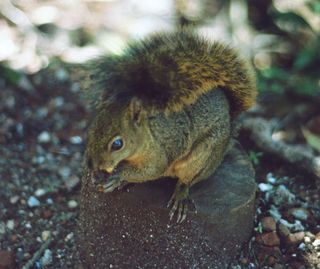 Namings for the Bangs

A young / baby of a Bangs is called a 'pup, kit or kitten'. The females are called 'doe' and males 'buck'. A Bangs group is called a 'dray or scurry'.

Facts about the Bangs's mountain squirrel

Mountain Squirrel or Syntheosciurus brochus is listed on the IUCN Red list (1996) as Lower Risk/Near Threatened .