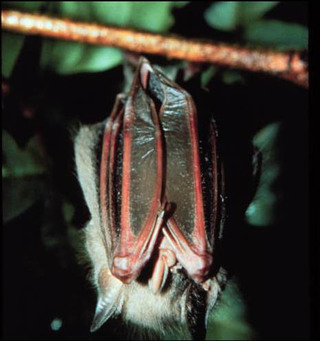 The Red fruit bat is listed as Vulnerable (VU), considered to be facing a high risk of extinction in the wild, on the IUCN Red List of Threatened Species

Namings for the red fruit bat

Facts about the red fruit bat

Common black and red fruit bats are easily confused with the species at the centre of the fruit farmers' troubles - the spectacled flying fox. (Full text)