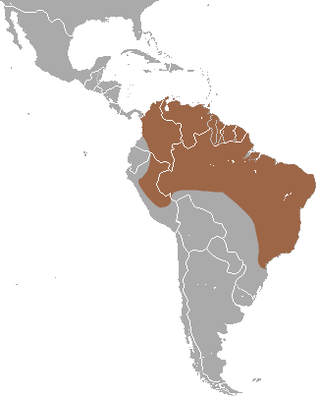 The Thumbless bat is listed as Least Concern (LR/lc), lowest risk. Does not qualify for a more at risk category. Widespread and abundant taxa are included in this category, on the IUCN Red List of Threatened Species

Namings for the thumbless bat

Facts about the thumbless bat

ITIS TNS Google MSN Furipterus horrens, the thumbless bat, is misnamed â€“ it clearly has a thumb, although the digit is reduced and is largely enclosed in the edge of the wing membrane. (Full text)