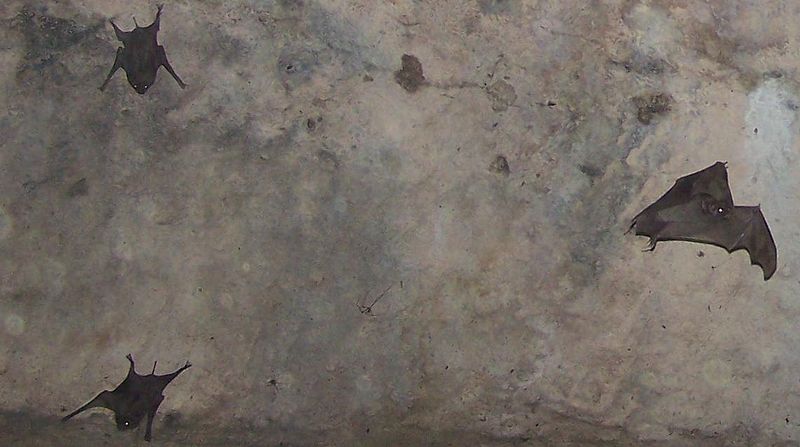 The Theobald's tomb bat is listed as Least Concern (LR/lc), lowest risk. Does not qualify for a more at risk category. Widespread and abundant taxa are included in this category, on the IUCN Red List of Threatened Species

Namings for the Theobald

Facts about the Theobald's tomb bat

While the Krishnapur caves, which is close by, is one among the three places in India where the Theobalds Tomb Bat (Taphozous theobaldi) is found, the Talevadi caves are home to the rare Megaderma spasma bats, found only in four other places in the world.

One of the three species, Theobald's tomb bat, is uncommon, he noted. (Full text)