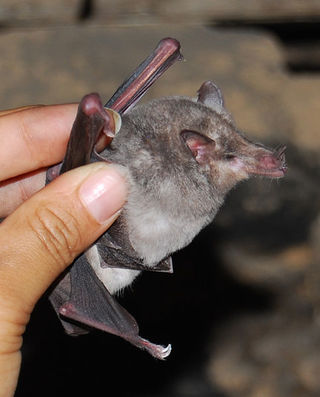 The Long-snouted bat is listed as Vulnerable (VU), considered to be facing a high risk of extinction in the wild, on the IUCN Red List of Threatened Species

Namings for the longsnouted bat

Facts about the long-snouted bat

She showed that the endangered Peruvian long-nosed bat (Platalina genovensium) is the primary pollinator of a key Andean cactus upon which many desert birds and rodents rely.